Aegion's leadership team, led by Rob Tullman, is comprised of a group of experienced individuals with a wide range of expertise in their respective fields.

Rob is an infrastructure executive with 25 years of global experience in water, power, oil & gas, renewable energy, and telecom sectors.

From 2014 to 2019, Rob was President & CEO of USIC, the nation’s largest underground utility locating company with 9,000 field service employees. Under his leadership, USIC doubled in revenue and – through a dividend recap and subsequent sale – doubled the enterprise value of the company for shareholders while delivering safe, high quality services to customers across the U.S. Rob and his teams were directly responsible for rebuilding IT infrastructure with big-data tools and scalable dashboards; building industry leading field operations, training, and safety programs; and overhauling commercial operations. Over the course of six acquisitions, Rob grew and diversified USIC’s service offerings and geographic coverage.

Prior to USIC, Rob was President & CEO of Granite Services (now Field Core, a GE company), servicing heavy rotating equipment for the power generation and oil & gas sectors from 1997-2014. The business grew from a group of 50 field engineers to a global services organization with 9,000 employees who maintained 15% of the world’s electric-generating capacity. Work was performed at 2,000 jobsites in 90 countries on turbines, generators, compressors, and related systems in gas, fossil, nuclear, wind, LNG, and petrochemical applications.

Rob’s team grew the wind energy services business for GE to 900 engineers and technicians globally, in addition to commissioning over 2,000 turbines per year. In the oil & gas midstream, Rob’s team led record performances in plant turnarounds for ExxonMobil in Texas, Russia, Qatar (the largest LNG facility in the world), Fife Ethylene plant in Scotland, and Bonny Island LNG in Nigeria. Work in the nuclear sector included outage support for GE technology nuclear reactors in the U.S. and Romania as well as managing field operations that were ultimately impacted by the tsunami at Fukushima Nuclear station in Japan.

Prior to his GE affiliation, Rob formed his own company, Power & Water Consulting, to resolve the technical difficulties in the startup of the then largest (1000 MW) zero-discharge combined cycle power plant in the world being constructed by Fluor Daniel. After successful completion of the project, he joined forces with three colleagues to form Penpower, a power plant startup services company that was acquired by GE in 1997.

Rob’s experience in water & wastewater began at Nalco Chemical Company in 1988 where he was a top sales performer in specialty chemical sales and worked in potable water, wastewater, and industrial water treatment. He led the first large cogeneration project in the U.S. for Nalco and was the customer lead for industrial applications in corrosion prevention and cooling water efficiency for Dow Chemical.

Rob has a degree in chemical engineering from the University of Delaware and an MBA from Duke University. He is a member of U.S. Masters Swimming, an offshore sailor with 40,000 miles at sea, an occasional guest lecturer at the University of South Florida, and a member of the Tampa Bay Area Committees on Foreign Relations.

In her most recent role, Monta was General Counsel at where she was responsible for a wide variety of legal and compliance matters, including employment, commercial contract, IP, and more, across 46 states. Prior to USIC, Monta served dual roles as VP, General Counsel, and VP, Global HR, for Granite Services. While at Granite, she led greenfield start-ups in more than 20 countries across Europe, Asia, and Africa.

In her early career, Monta spent four years at GE’s Corporate headquarters as Employment Law Counsel and a combined seven years in private practice with Holland & Knight and Foley & Lardner.

Monta holds a degree in communications from Florida State University and received her law degree at the University of Florida. She currently lives in Tampa with her two children.

Burt Keating has spent the last 20 years leading global field operations in private equity-backed and publicly traded companies, as well as the military. Most recently, he was Senior Vice President of Operations at USIC where he led numerous operational excellence initiatives, including a transformation of the company's quality culture and programs. Burt also oversaw the integration of three utility locating company acquisitions.

Prior to USIC, he held multiple operational leadership roles at Granite Services, Inc. As Global Productivity & Quality Director, Burt led continuous improvement initiatives to standardize and optimize gas and steam turbine outage performance across 90 countries and 2,000 jobsites. In his role as Europe Region Director, he had full accountability for safety, quality, and productivity of projects in Italy, East Europe, and Russia. As Americas Region Director, he was responsible for maintaining GE's aeroderivative gas turbine fleet in the U.S., Canada, Mexico, and South America.

He also served 20 years in the U.S. Navy's Submarine Force retiring in 2020 as a Commander. Notable career achievements include two Western Pacific deployments; qualifying Nuclear Engineer Officer; serving as the U.S. Navy's representative to the United Arab Emirates; and finally, as the Commanding Officer of a submarine maintenance reserve unit. 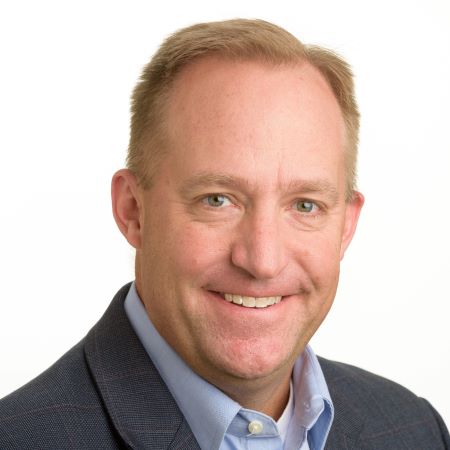 Robert brings more than 25 years’ experience in sales, marketing, and operational leadership in public and private equity-backed businesses, both domestic and globally.

Most recently, Robert was the Senior Vice President of Sales and Marketing of USIC. During his tenure, Robert’s teams exceeded customer renewal revenue targets by 47%, increased national account revenue (and margins) 10% and grew the company’s regional customer base by 24%. Robert initiated sales operations processes and a cultural shift towards utilizing customer data to improve service and results.

Prior to USIC, Robert held several sales leadership roles at Aegion. As Senior Vice President of Global Sales and Marketing (2008-2018), Robert’s teams focused on developing infrastructure renewal solutions with municipal and utility owners, consulting engineers and contractors. During that time, Aegion realized a 50% increase in customer orders along with improved margins.

Earlier in Robert’s career, he held operations and sales leadership roles in public and private firms with heavy emphasis on utility infrastructure and field services. Robert was a founding team member of the NCCER, a national construction craft, safety and management training organization that standardizes development and delivery of training programs for the construction and maintenance industries.
Robert earned his M.S. from Johns Hopkins University and his B.A. from Colorado State University. Originally from the Washington, DC, area, Robert now resides in Florida with his wife and three boys. 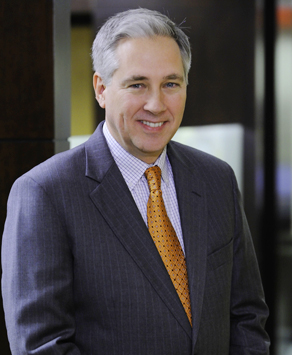 David joined Aegion in 2005 as our Vice President, General Counsel and Secretary from the law firm of Thompson Coburn LLP, where he was a partner in its corporate and securities practice areas. He became our Chief Administrative Officer in 2007, was promoted to Executive Vice President in 2014 and appointed Interim Chief Financial Officer in November 2017. David was appointed Chief Financial Officer in April 2018, at which time he resigned his positions as General Counsel and Chief Administrative Officer.

He is currently Chairman of the Board and was Interim CEO for New Permian Holdco LLC, a supplier of modular above-ground storage solutions for oil & gas and specialty chemical companies. Serving in these roles, Santosh led New Permian through a successful restructuring and sale process in 4Q20.

From 2012 to 2019, he was the CEO of Autosplice Inc., a global manufacturer of interconnect solutions for automotive, industrial, and medical markets. Prior to that, Santosh was the Chief Operating Officer of Oakleaf Waste Management where he led the company's operational transformation, culminating in a successful sale to Waste Management, Inc. (NYSE: WM). He also worked at MSL (now Celestica) as Chief Operating Officer, and Sanmina-SCI (Executive Vice President of Asia Pacific) and IBM in several different roles.

Santosh graduated from Syracuse University with a master’s in industrial engineering and operations research. He received his undergraduate Bachelor of Engineering (Mechanical) degree from College of Engineering, in Pune, India, and currently resides in Arizona with his wife and two children. 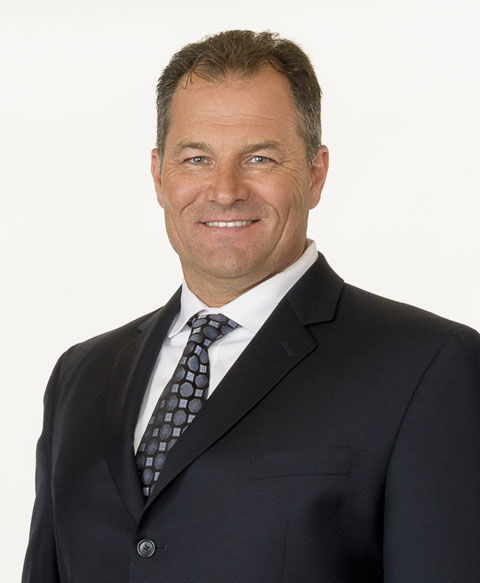 Rick has 30 years’ experience in the petroleum refining industry, including a 15-year career with Valero Energy Corporation where he held senior leadership positions in engineering, construction, industrial maintenance and reliability and served as the corporate liaison in the development of Valero’s Turnaround Excellence Process. Prior to Valero, Rick held operational leadership positions with UMA Engineers & Constructors and Ultramar Diamond Shamrock Refining Co. Rick holds a bachelor’s degree in civil engineering from California State University - Long Beach. 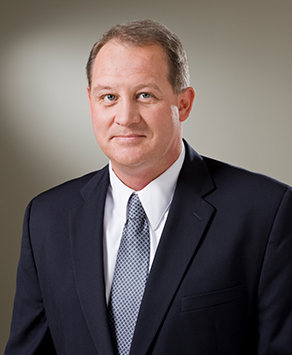 With Aegion for more than 10 years, Ralph has almost 25 years of experience in the manufacturing and engineering sector. Ralph has his MBA from Indiana Wesleyan University and enjoys sports and the outdoors in his spare time.

How can we help you?