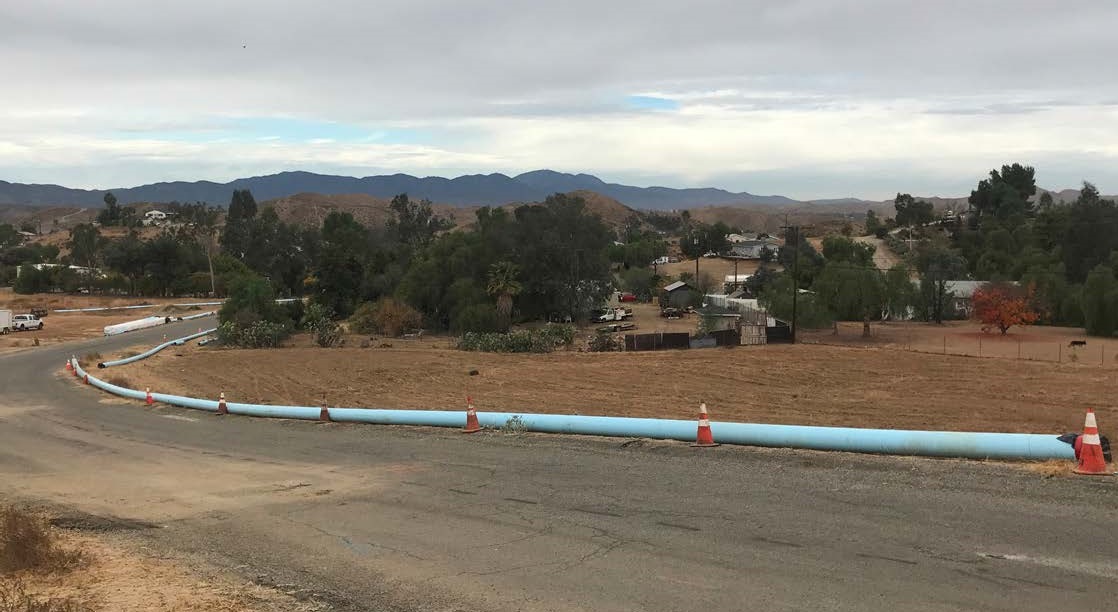 Eastern Municipal Water District (EMWD) serves several citiesand communities within Riverside County, California, one ofwhich is the relatively newly incorporated City of Menifee.EMWD had 6- and 8-inch diameter steel water lines fromthe mid-20th century that were becoming a nuisance due toconsistent leaks and breaks. Repairs were complicated due tothe lack of easements and rights–of-way. The pipelines werebuilt in a formerly unincorporated rural area, so a large portionof the alignment ended up on private land and was inaccessible.EMWD elected to construct a new waterline to replace the aging,inaccessible pipes along a different alignment that necessitate alarger pipe diameter to preserve the water system hydraulics.