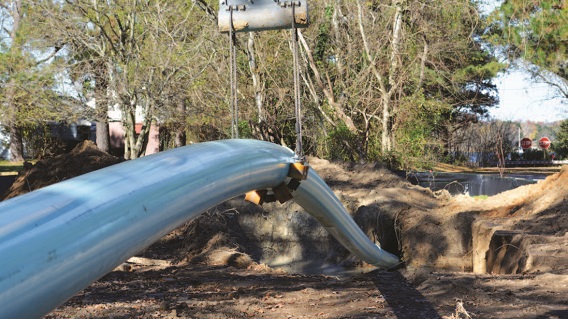 The Commonwealth of Virginia, the oldest of the original 13colonies, has a wide ranging geography that stretches fromthe vast coastal region in the east to the rugged Blue RidgeMountains in the west. Virginia is home to over eight millionpeople with much of the population centered on the east sideof the state. Metropolitan centers like Virginia Beach, Norfolkand Chesapeake are close to Naval Station Norfolk, theworld’s largest naval base. Cities adjacent to Washington, D.C.are dense with federal workers that feed the nation’s capital.In central Virginia, the State’s capital region of Richmond andPetersburg has a diverse economic base.

These regional metropolitan centers continue to grow at ahealthy pace and drive the demand for new and improvedutility infrastructure. Growth driven construction and oldersystem rehabilitation have led to an advanced industry thatutilizes traditional and newer forms of utility construction,including trenchless installation methodologies.