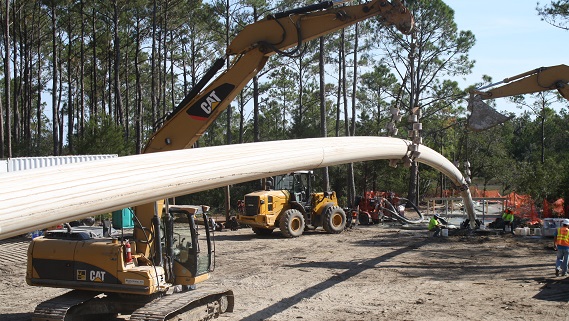 Prior to the summer of 2007, Fusible PVC® pipe was virtually unknown as an engineered pipe material in the Palmetto State. Other than a small project installed on the Sea Islands, trenchless construction in South Carolina invariably utilized other fused thermoplastic pipe, mechanically joined pipe, or in rare cases, welded steel pipe. Change came on June 12, 2007 when following a 16-hour pullback, the leading edge of 5,120 LF of 10-inch DR14 Fusible PVC® pipe emerged from a horizontal directional drilling (HDD) borehole on Lady’s Island. The Secession Effluent Force Main project, led by Ed Saxon, General Manager of Beaufort-Jasper Water & Sewer Authority, changed the face of HDD in the state and across North America. Today, more than 300,000 LF of Fusible PVC® pipe is now in service throughout the state.