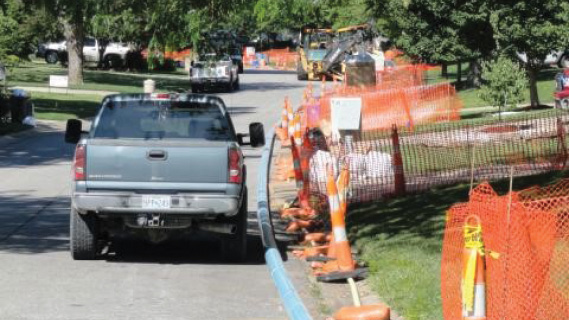 The City of Lee’s Summit is located on the southeast side of the Kansas City Metropolitan Area and provides water service to approximately 93,000 customers. The water department delivers approximately four billion gallons of water per year to its customers through a 580 mile system of water mains. The existing system is comprised mainly of cast iron and ductile iron pipe, which in the clay soils found in Lee’s Summit, has led to significant corrosion problems. In order to target the areas of greatest concern, the City decided to replace those mains suffering the highest repair frequency. Overwhelmingly these mains have been small-diameter cast iron and ductile iron lines in residential areas. In an effort to replace these lines in the most cost-effective manner, while at the same time minimizing the overall impact to residents and customers, the City focused on trenchless construction methods.