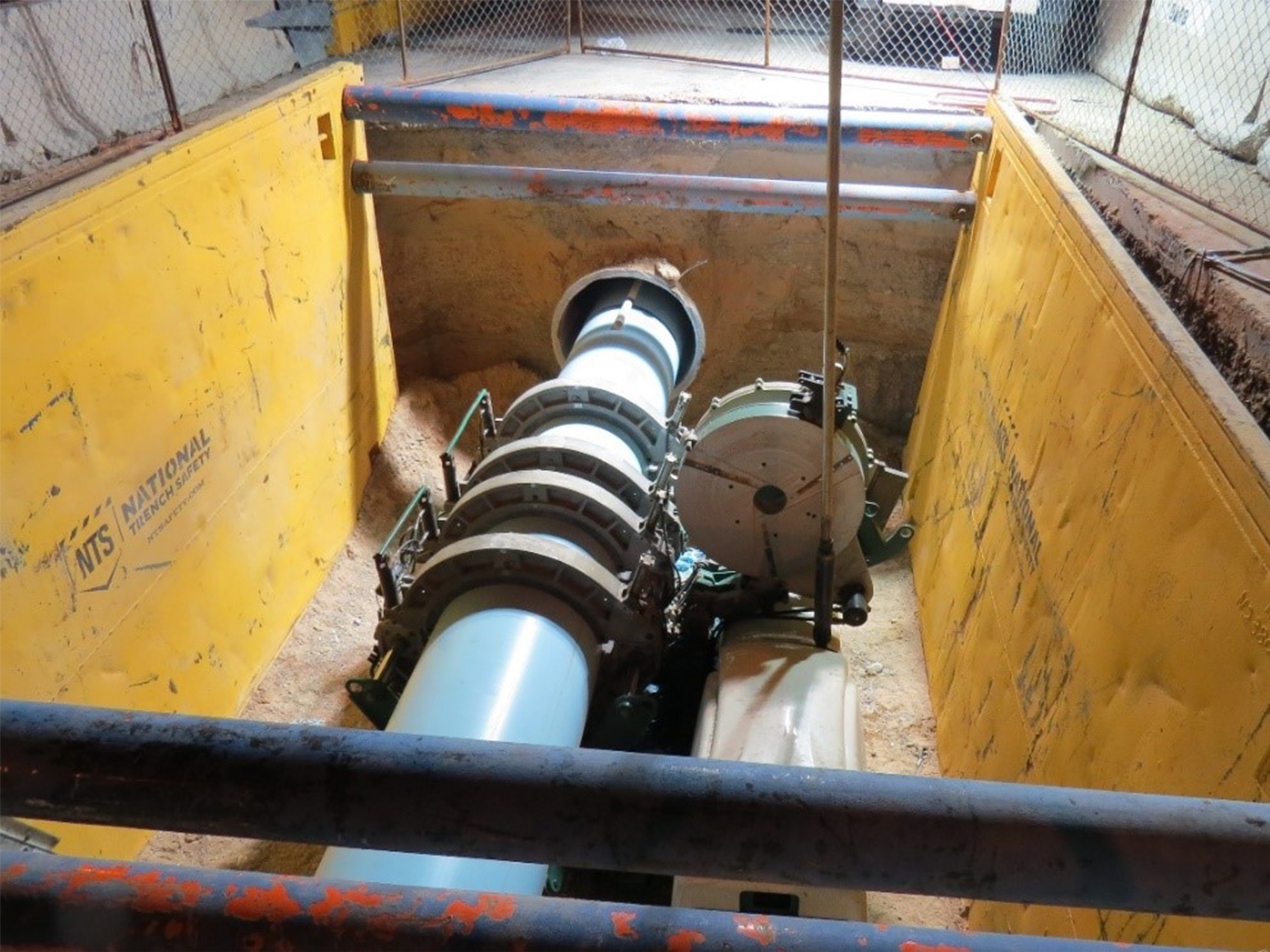 Las Vegas was named by scouts on the Spanish Trail expansion expedition and its name translates to "the meadows," a reference to the area’s abundant wild grasses and desert spring water. Thus, groundwater from the Las Vegas Springs provided the growing region with potable water until 1942 when a local company, Basic Management, Inc. (BMI) of Henderson, Nevada, began importing water resources from the Colorado River, as allowed by the Colorado River Compact signed in 1922. As the population and demand for water grew, city officials became concerned about the limited groundwater supplies. This ultimately led to the creation of the Las Vegas Valley Water District (LVVWD) in 1947. Since its founding, the LVVWD has installed 6,500 miles of water transmission and distribution pipelines and developed a reservoir system consisting of 79 reservoirs, basins and tanks that, collectively, allow for a storage capacity of nearly one billion gallons of water.

In January 2011, Clark County Public Works notified LVVWD of water surfacing on Lamb Boulevard, a five-lane, busy commercial corridor, during their paving operations. LVVWD determined the cause of the leak was severe corrosion of several joints in the existing 48-inch steel cylinder concrete pipe (SCCP). A local repair was made at the time, and the system was returned to service.