One mark of a successful project is when a client chooses to repeat it. In South Carolina, two separate 10-inch and 16-inch Fusible PVC® pipe projects, paralleling one another over roughly a mile long stretch, have both been installed using horizontal directional drilling (HDD) method over ten years apart. 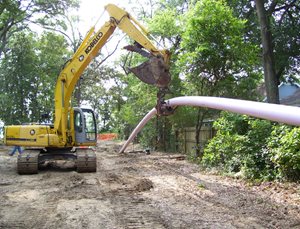 In 2007, the first, a 10-inch diameter Fusible PVC® pipe located in South Carolina that measured a mile long, was installed using HDD by Underground Solutions and Beaufort Jasper Water & Sanitation Authority (BJWSA). At the time, it tripled the longest length of Fusible PVC® pipe that had ever been installed using the method. The installation required a focused attention to detail, a high-quality pipe product and a great contractor and end user team. The project was a landmark success and that pipe is still in service today. 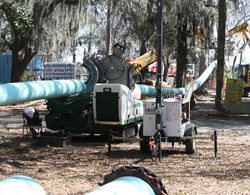 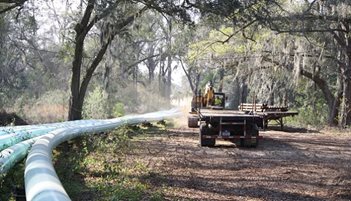 After completion and preparation of the borehole, insertion of the Fusible PVC® pipe began on Thursday, March 8, 2018 and continued for 16 hours, with pipe reemerging approximately a mile away from the insertion location in the early morning on March 9. At completion, 118 joints were fused on the project, including 5 intermediate fusion joints during the 16 hours of pullback. To learn more about how you can use HDD to install Fusible PVC® pipe, contact us today.