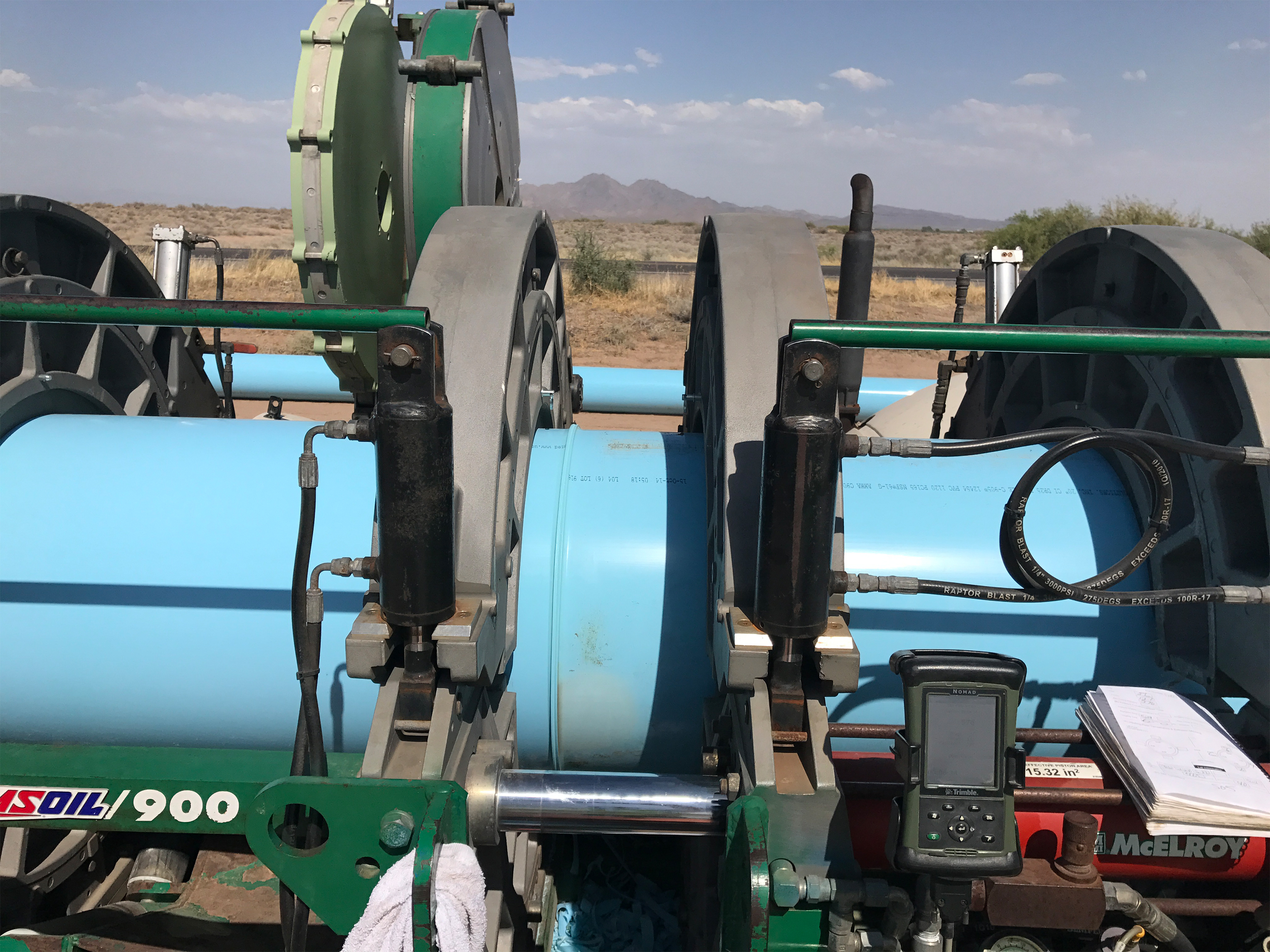 Ritoch-Powell & Associates (RPA), a civil engineering firm with offices in Phoenix and Mesa, Arizona, was selected to design two of the projects—an intertie between District 2and District 3 requiring 6 miles of new pipe, and 9 miles of pipe for the Goodyear community in District 4. The new water lines crossed underneath the Eastern Maricopa Floodwayas well as irrigation canals and pipes which are part of the Pima-Maricopa Irrigation Project, and storm drain headwalls and culverts. Although jack & bore is the typical methodfor crossing the floodway and irrigation canals, RPA looked for innovative methods of construction and materials and determined horizontal directional drilling (HDD) using Fusible PVC® pipe was a viable solution.