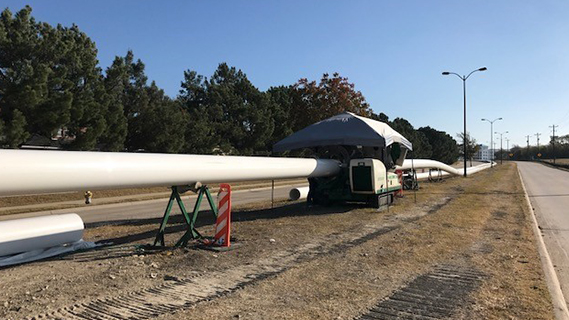 Frisco is part of the growing Dallas-Fort Worth metroplex, located only 25 miles away from both Dallas Love Field and Dallas/Fort Worth International airports. Its location plays a large part in its growth - Frisco is one of the fastest-growing cities in the nation. In the 1990s, the northern Dallas-Fort Worth metroplex suburban development tide reached the northern border of Plano and spilled into Frisco. This marked the beginning of Frisco’s tremendous growth. Frisco is home to significant corporate and entertainment entities, including the Dallas Cowboys, the Toyota Soccer Center, Toyota Stadium, Dr. Pepper Ballpark and it was recently named the future headquarters for the PGA. Rapid population growth coupled with recent drought conditions and limited overall water resource options intensified focus on water conservation efforts and infrastructure. Two recent projects utilized trenchless technologies next to a fully developed commercial area; the city’s major thoroughfares were driven by these needs.