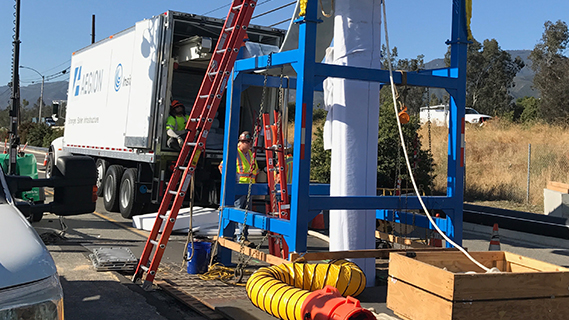 The Inland Empire Brine Line, constructed over two decades beginning in the 1970s, is an indispensable resource for the Santa Ana Watershed Project Authority (SAWPA). The line redirects salty industrial wastewater away from the local treatment plant and the Santa Ana River overland to the ocean.

A brine spill was reported near the intersection of Temescal Canyon Road and Cabot Road in the city of Corona in October 2011. Subsequent excavation of the 24-inch PVC IPEX Centurion DR 51 brine line in this location revealed a longitudinal crack along the invert through a joint. Though the pipeline had an internal pressure rating of 80 pounds per square inch (psi), it failed at an estimated pressure of 34 psi.