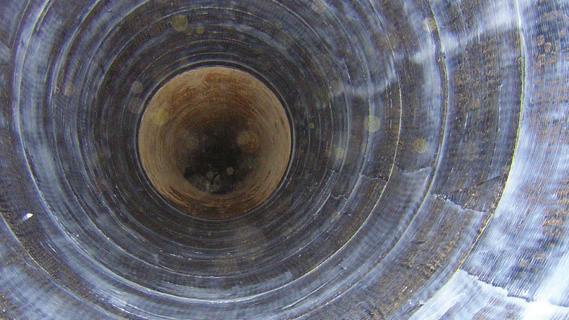 Howard County, Maryland receives one-third of its water supply by means of the Southwest Transmission Main, a 10-mile long pipeline ranging in diameter from 36 inches to 66 inches.

In 2006, the County conducted a visual and electromagnetic inspection of 3000 feet of its 36-inch prestressed concrete cylinder pipe (PCCP) due to the expected construction by CSX Transportation of a railroad above the pipeline. Structural deficiencies in the pipe could result in a catastrophic failure of the PCCP, which could lead to serious consequences for the planned railroad and the three existing parallel rail lines. It was found that 23 sections of the inspected 36-inch pipe had broken wires and were structurally unsound.

Feasibility studies showed that the traditional remove and replace option for the distressed pipe sections would take between four and six months. With Tyfo® systems, it could be performed in less than a month and at half the price of traditional repair.